Some of the work I’ve done with my Xylotex/EMC2 CNC Router.  I have had more consistent results since changing the controller board and software.  But now I have the Laser and 3d Printer so I’m not spending as much time with this.

2012 – Sign carved with 90 deg V-bit, sanded and stained, then sized and rounded off the edges with a 3/8″ cove bit on the standard router table. The lighter, unstained border looked much better than I expected.  Another light sanding then 3-4 coats of spray poly. 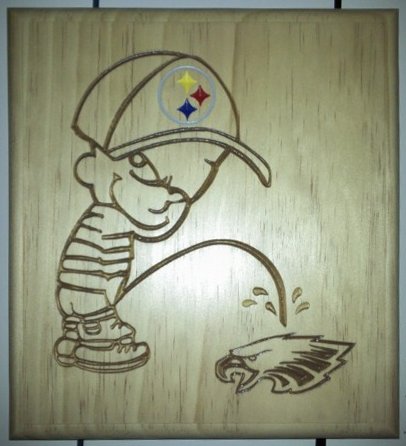 2012 – Vectors created off scanned image that a guy at work wanted carved. Started by laying down a sheet of vinyl shelf liner. Carved the image with a 120 deg V-Bit. Hand painted the color and lightly stained the rest of v-groove. Sized the plaque on the table saw and rounded the edge on the router table. Removed the vinyl, sanded, then finished off with 3 coats of spray poly. 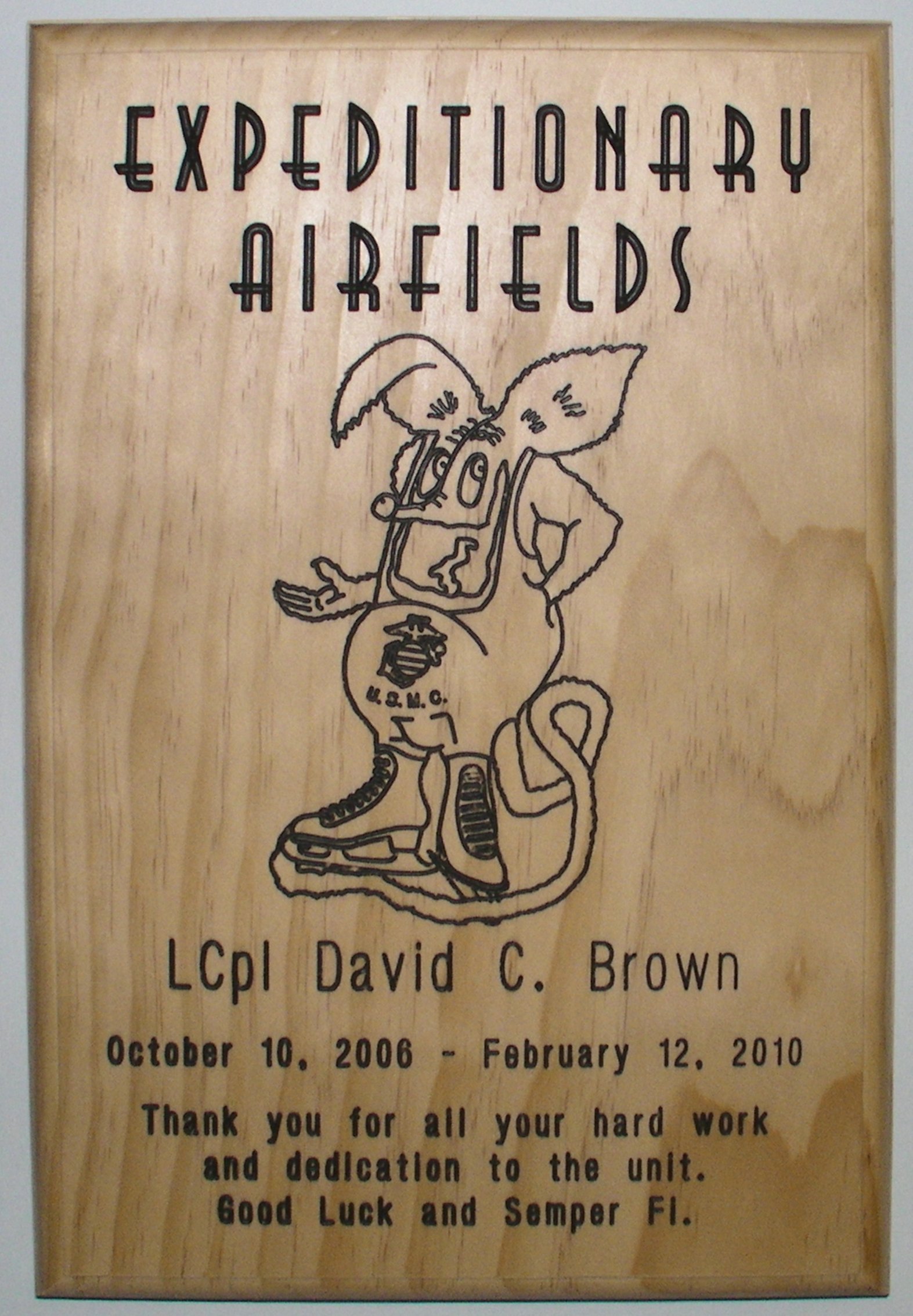 Testing plaque ideas, only cost me a few dollars for material compared to 60-80 dollars for a traditional plaque with engraved placard.
Vinyl sheeting applied then cut with CNC, painted over vinyl then removed it when dry. A couple blasts with poly and presented to the Marine. 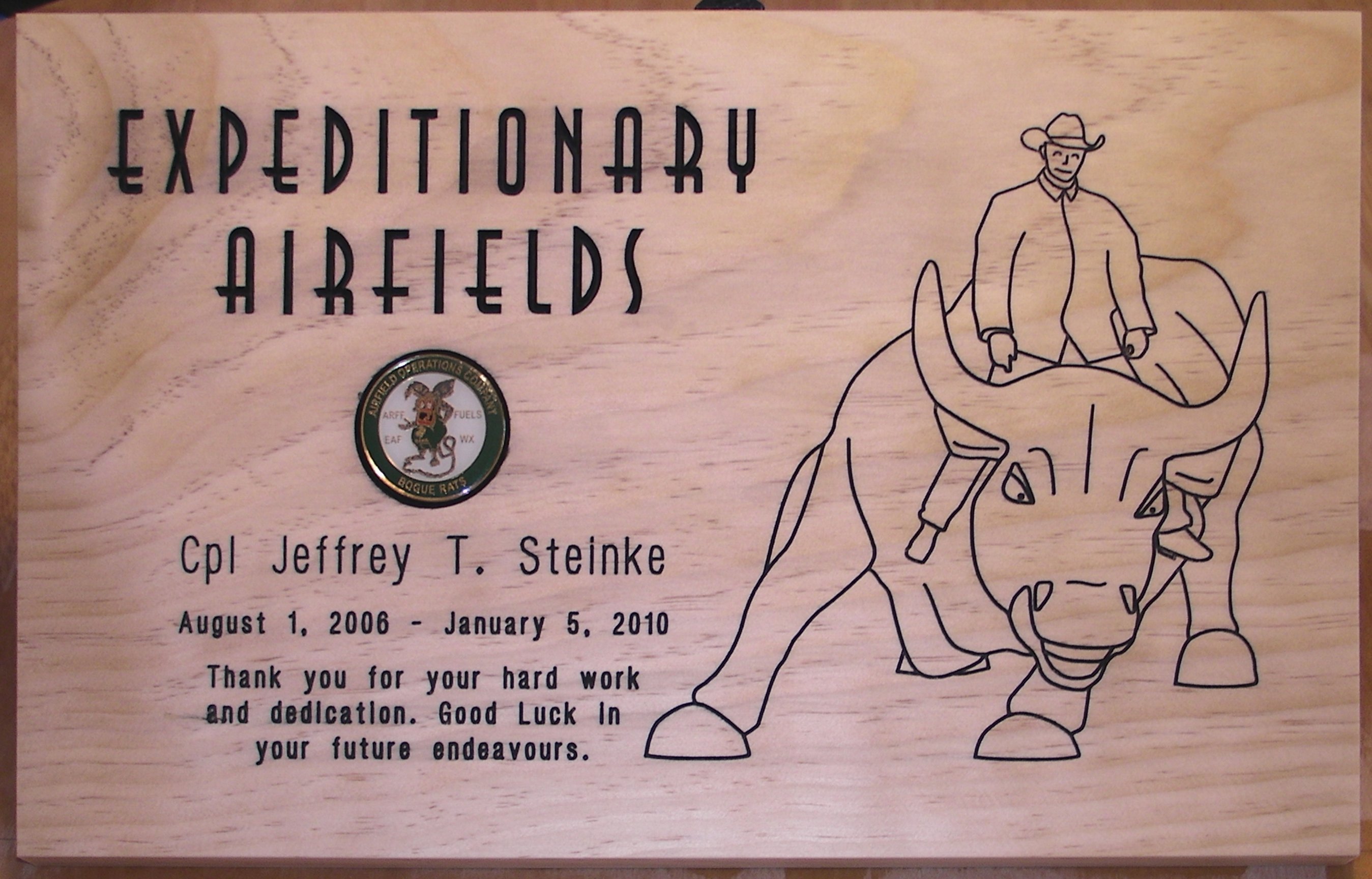 Another plaque with lineart from a picture of the Marine riding the Merrill Lynch Bull in New York City.  I need to figure out how to do this on my laser. 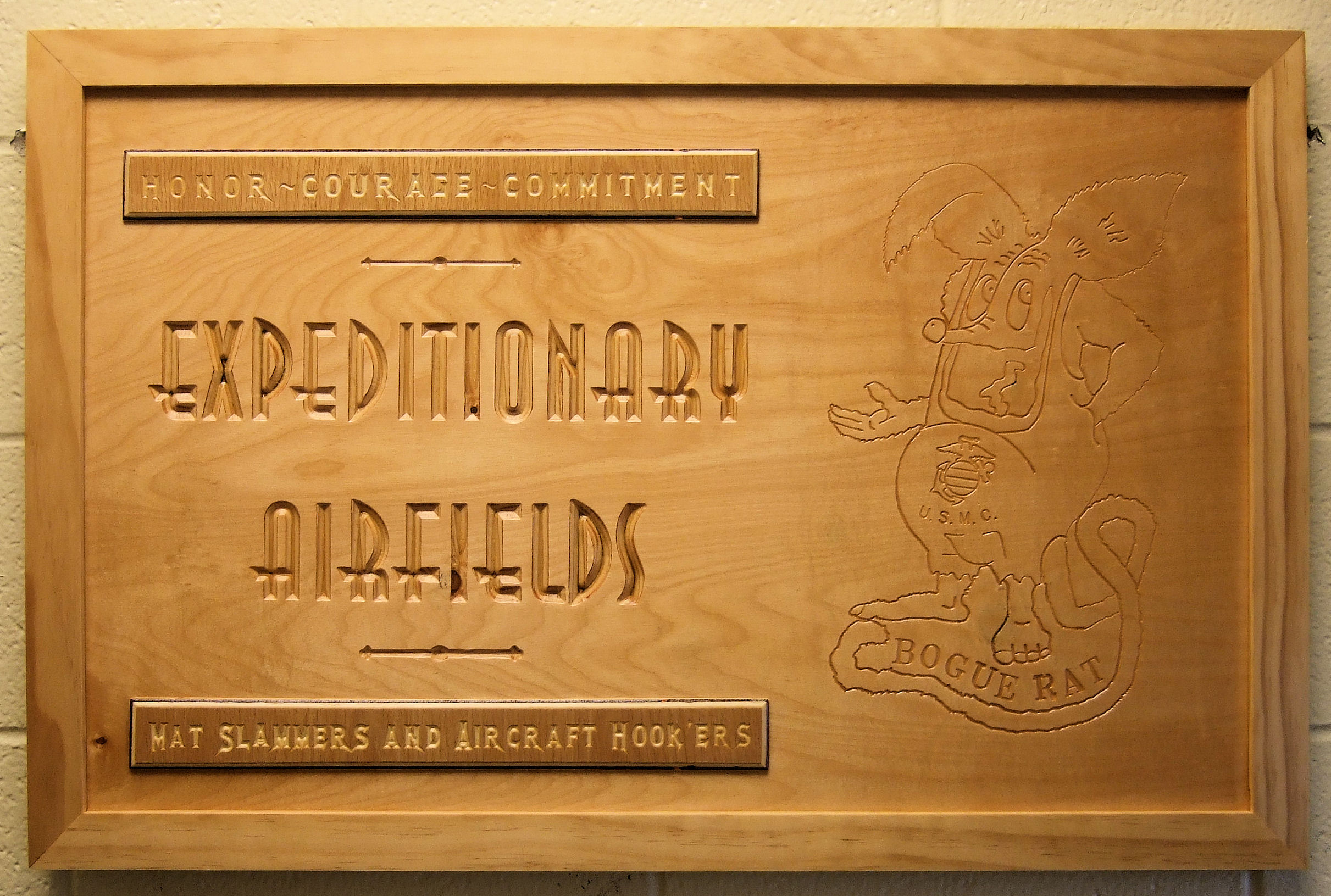 I wanted to see how big I could go. This sign is 20″ by 32″. I had to engrave the words and line art separately. Added some 1/8″ placards to build out the dimension. This one ended up going home with a Marine from Bogue when he EAS’d. 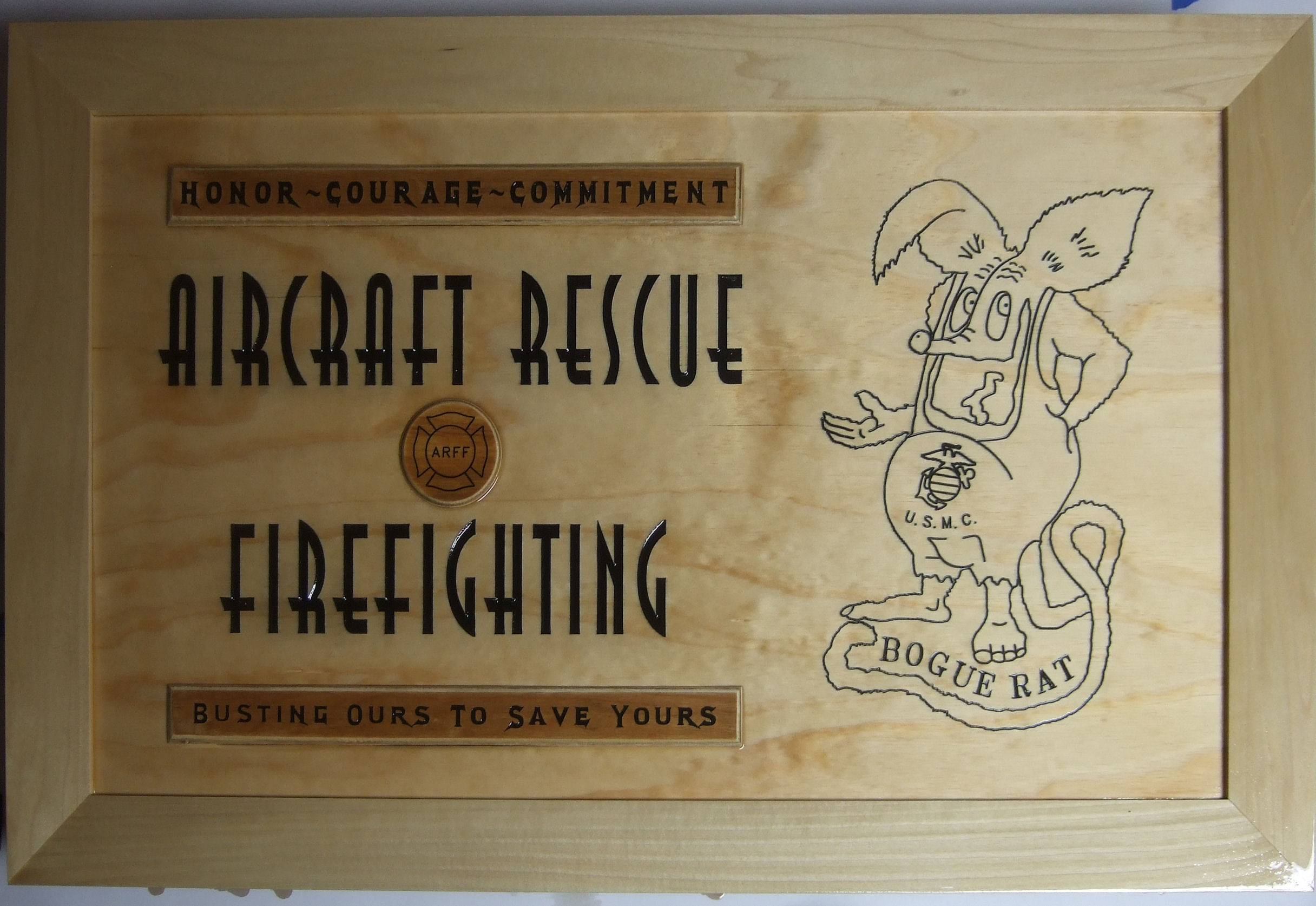 This guy commissioned another sign for his MOS. It came out pretty good with the black lettering but it was a lot more work. 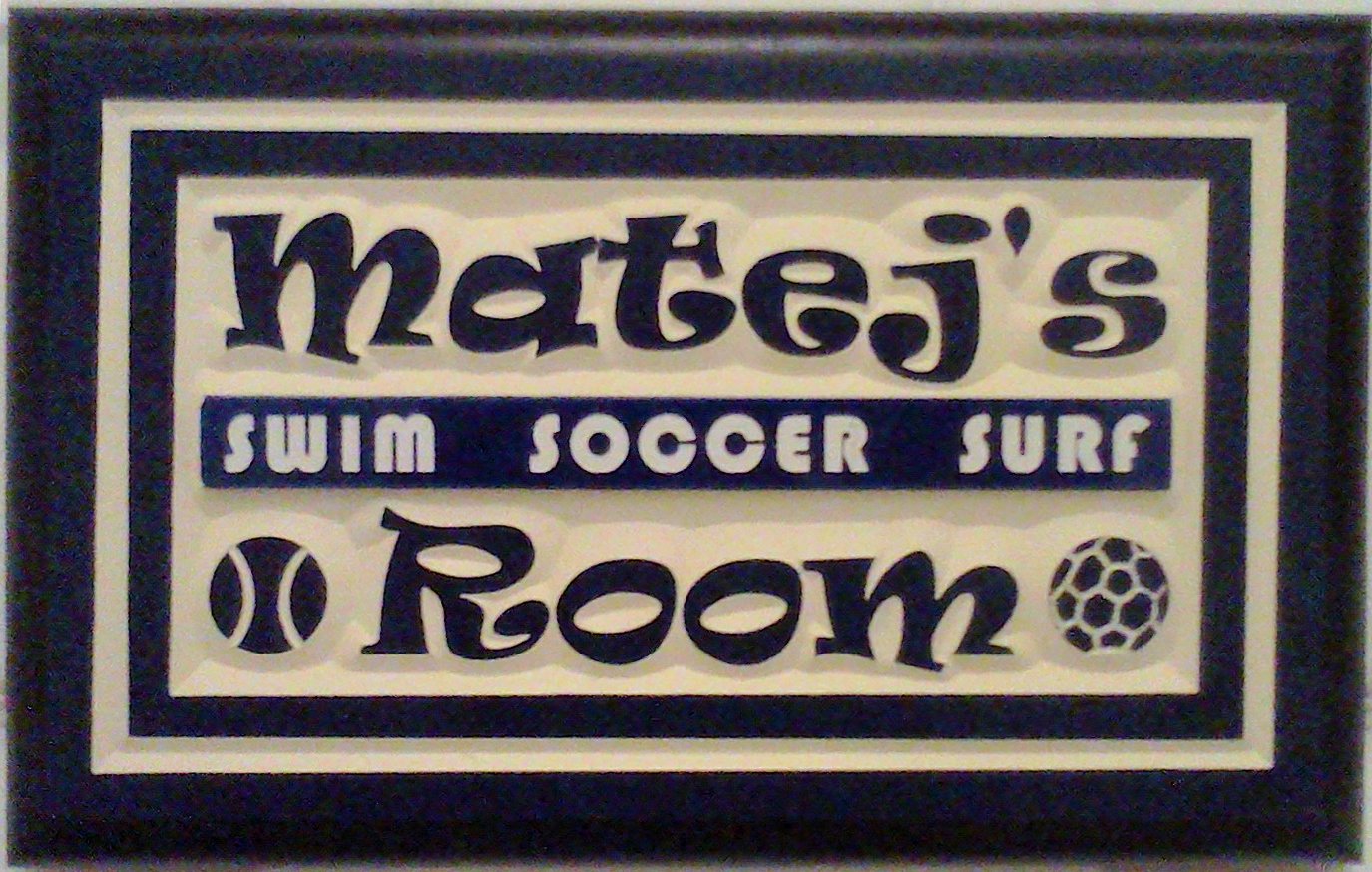 Sign for the door. Matej decided he wanted the sign to reflect his interests so I laser-cut a correction placard to change his previous preferences. 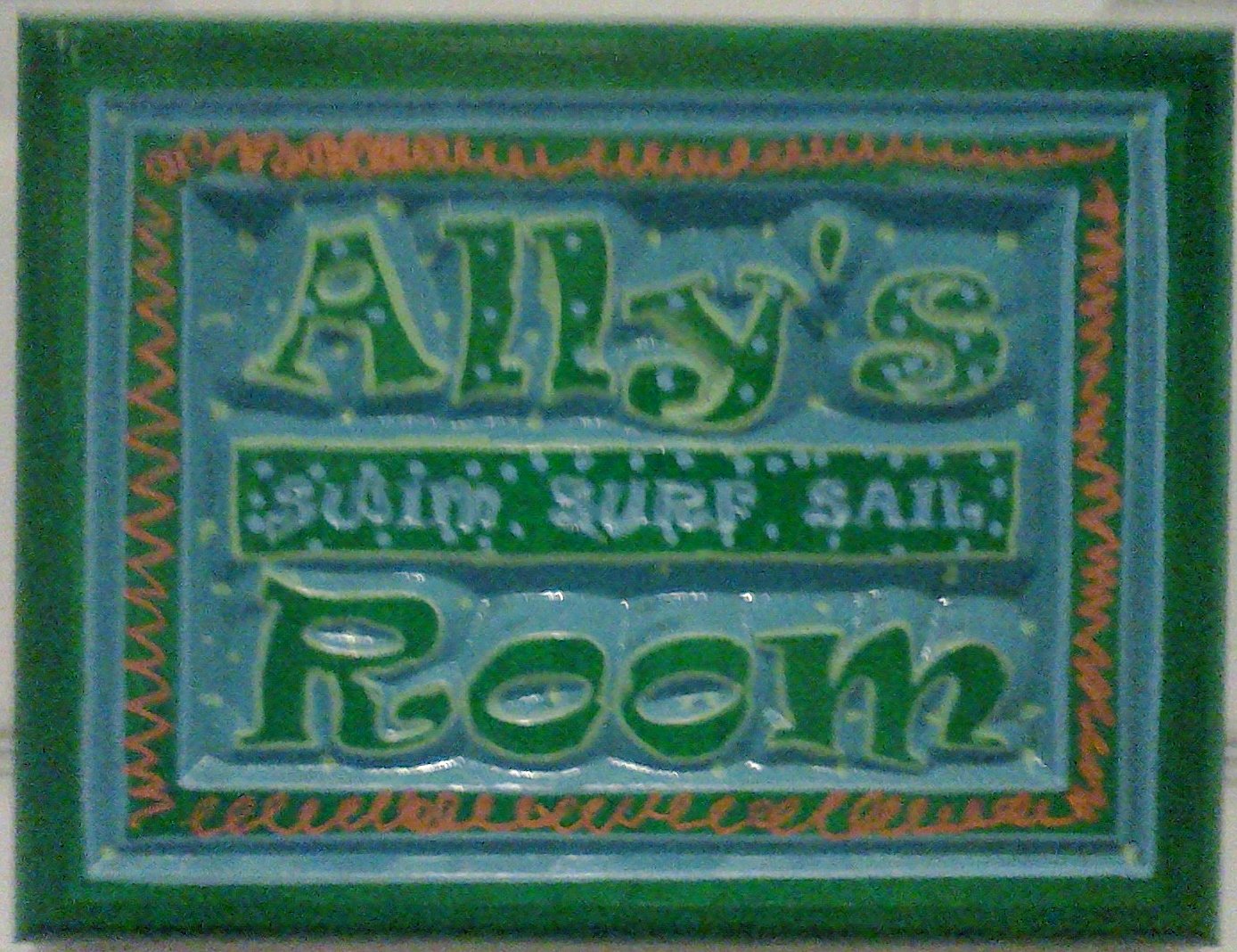 Ally put her own finishing touches on this sign.